DUE TO THE CURRENT PANDEMIC, MEETINGS AND EVENTS WILL BE HOSTED VIRTUALLY UNTIL FURTHER NOTICE! NJAMHAA's GOAL IS TO KEEP EVERYONE SAFE! 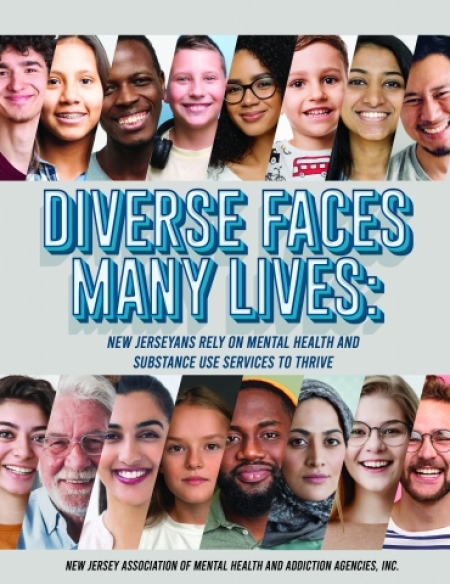 New Jersey's Senate Budget and Appropriations Committee and General Assembly Budget Committee voted yesterday on a $50.6 billion FY2023 budget bill, a record high and well above Governor Murphy's proposed $48.9 billion budget. Floor votes in both houses were to take place on June 29th and the budget must be passed and signed by the Governor by midnight on June 30th to avoid a state shutdown.

Working with our Diverse Faces campaign that highlighted all the vulnerable populations our members serve, NJAMHAA saw a number of significant advocacy wins in the Governor's proposed budget, all of which remain in the State Legislature's bill, including:


NJAMHAA's Diverse Faces campaign led to many more successes in the Legislature's budget bill including:

Many NJAMHAA members received behavioral health funding in the Governor's proposed budget; the Legislature's budget bill has added two: the Center for Great Expectations ($1.5m) and Straight and Narrow, Paterson ($5m). The Legislature also increased the appropriation to the Volunteers of America - Re-entry Services (a $3.4m increase to $7.4m). Many other members received funds for programs other than behavioral health, both from state funds and from American Rescue Plan Funds. They can be found throughout the Legislature's "score sheet" which shows all the items added by the Legislature over and above the Governor's budget. Starting on page 22 of the budget language changes you will find a list of allocations from American Rescue Plan (ARP) funds. Independent of the ARP appropriations list is language that:


Investments Maintained from the Governor's Budget

The Legislature's budget bill retained several investments in mental health and substance use treatment and supports, as well as other investments that support the vulnerable populations NJAMHAA members serve that were in the Governor's proposed budget. Among them are:

Notably, there were decreases in funding in the Legislature's bill, compared to the Governor's proposal, for Care Management Organizations, Children's Mobile Response, Intensive In-Home Behavioral Assistance and Out-of-Home Treatment Services. These decreases represent adjustments following rate increases in the current year where spending did not reach the FY2022 estimated need. Additionally, Developmental Centers saw a $7.7 million decrease for salaries and wages in the Legislature's budget, though the result is still an increase of over $6 million compared to FY2022.


General Population Provisions in the Budget

Importantly, about $6.3 billion will be put into reserves, over $2 billion more than the Governor proposed. The spending bill also includes approximately $12.7 billion in direct aid for schools, including about $1.5 billion in special education aid.

Finally, on Monday legislators also approved a new state-level child tax credit which will give residents a credit of $500 per child for those making up to $30,000 and decreasing by $100 for every $10,000 in income above that.

While NJAMHAA will continue its advocacy for additional investments, the FY2023 budget bill is enormously positive for NJAMHAA members! It is important to remember, however, that the final budget may not include everything noted here, as Governor Murphy has line-item veto power. The budget bill will be voted on today, June 29th and sent to the Governor who is expected to sign it some time on Thursday, June 30th. NJAMHAA will provide an update if there are any relevant vetoes as soon as that information is available.

In addition to the many significant budget successes achieved in the Governor's proposed budget and the Legislature's budget bill, NJAMHAA advocacy is seeing success elsewhere as progress on several priorities is realized in legislation that is moving through the Legislature.

One such piece of legislation reflects a request NJAMHAA has made repeatedly since the impact of the workforce shortage first became evident well over a year ago. That bill is S2872/A4399, which establishes a Behavioral Healthcare Provider Loan Redemption Program within the Higher Education Student Assistance Authority and appropriates $5 million.

In every legislative meeting and communication with the Governor's office and throughout the Administration this year, NJAMHAA has advocated for a loan forgiveness program for behavioral health workers. Senate President Scutari recently introduced this bill, with Senator Ruiz as a primary co-sponsor and, reflecting its bipartisan support, Senator O'Scanlon as a co-sponsor.

Introduced in the Senate on June 16th, this bill has already moved through the Senate Budget and Appropriations Committee and is scheduled for a floor vote today. The Assembly bill, sponsored by Assemblywoman Carter, was introduced on June 27th and passed out of the Assembly Budget Committee the same day. It is also scheduled for a floor vote today.

This is such a clear response to NJAMHAA's advocacy since early last year for surplus funds - whether State or federal - to be used for a loan forgiveness program for behavioral healthcare workers. With the fast pace at which this bill has moved, we anticipate that it will be signed by the Governor in short order. 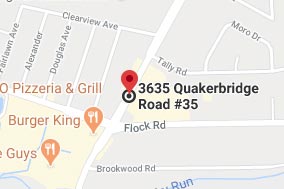